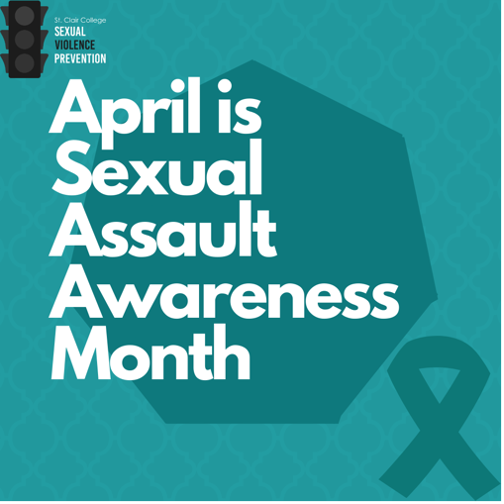 National Sexual Assault Awareness Month, observed each April, is a campaign that aims to increase awareness about the causes and risk factors for sexual assault and empower individuals to take steps to prevent it in their communities. April 2021 marks the official 20th anniversary of Sexual Assault Awareness Month (SAAM).On April 28th, known as “denim day,” the SRC will be hosting a photo contest to raise awareness for SAAM on campus. Wear some denim, post a picture on Instagram and tag the SRC to win!
The rate of violent victimization among women and men with a cognitive disability or a mental health‑related disability was approximately four times higher than among those who did not have a disability. Among women and men with a sensory or physical disability, the rate of violent victimization was roughly twice as high as among those who did not have a disability.